The 5 Most Popular Non-Rolex Watches on Chrono24

Rolex is king. There’s absolutely no doubt about it: The Geneva-based brand rules the world of mechanical watches. Rolex accounts for the most sales in both new and pre-owned watches. We recently shared a list of the most sold Rolex watches on Chrono24.

But there are more than just Rolex watches out there. In this article, we’re focusing on the five most popular non-Rolex timepieces sold on Chrono24. 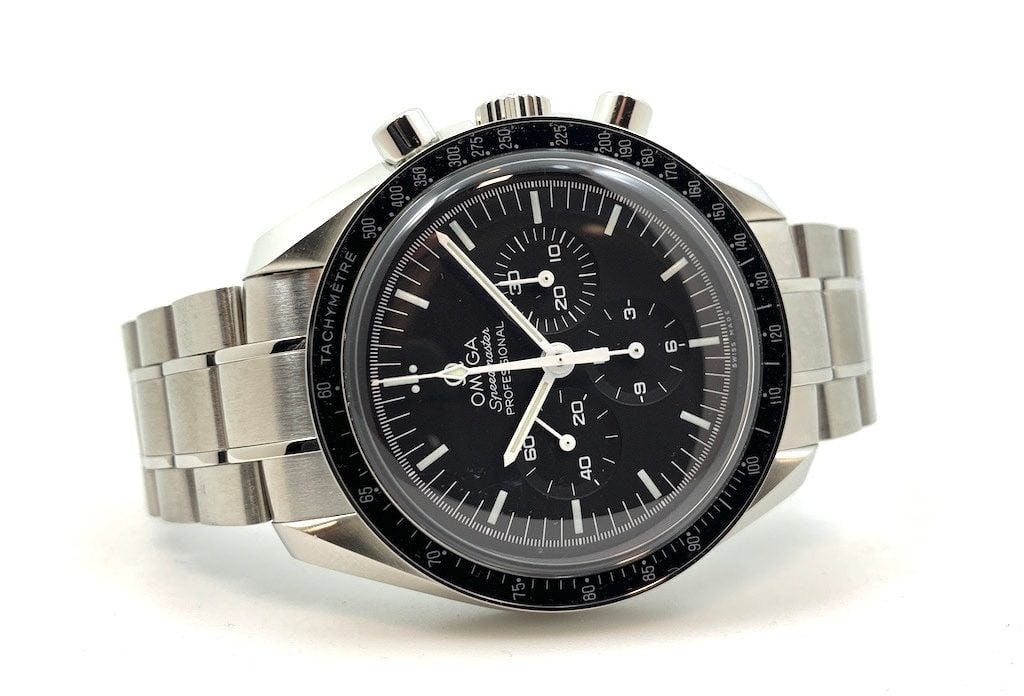 Number one on this list should come as no surprise. If there is one watch out there that is as iconic as the top Rolex models, it’s the Omega Speedmaster Professional, also known as the Moonwatch.

The current Omega Speedmaster Professional features Hesalite crystal and a stainless steel case back, making it the closest model yet to the watch that went to the Moon.

The current list price for this Speedmaster is 5,350 USD, which is more affordable than any comparable Rolex or Breitling. Moreover, pre-owned prices are currently below the list price, which is not the case for many Rolex models. Don’t get me wrong, the Speedmaster still costs a lot of money, but you’re not just getting any old watch; it’s one of the best and most celebrated timepieces in history. 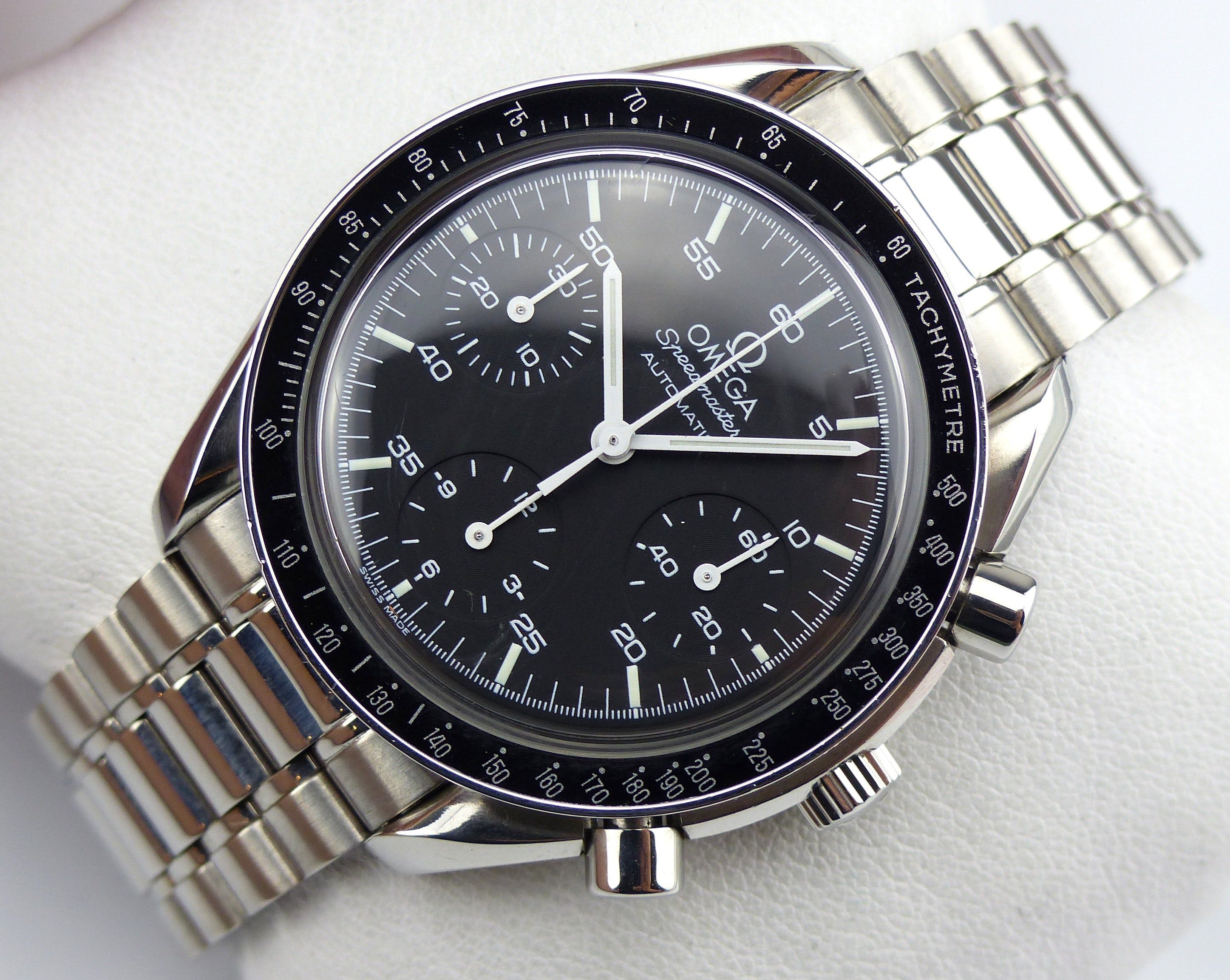 Another reason the Speedmaster Reduced is so popular is that it’s considerably cheaper than its bigger brother. Although prices for pre-owned prices have gone up, they haven’t gone through the roof just yet. 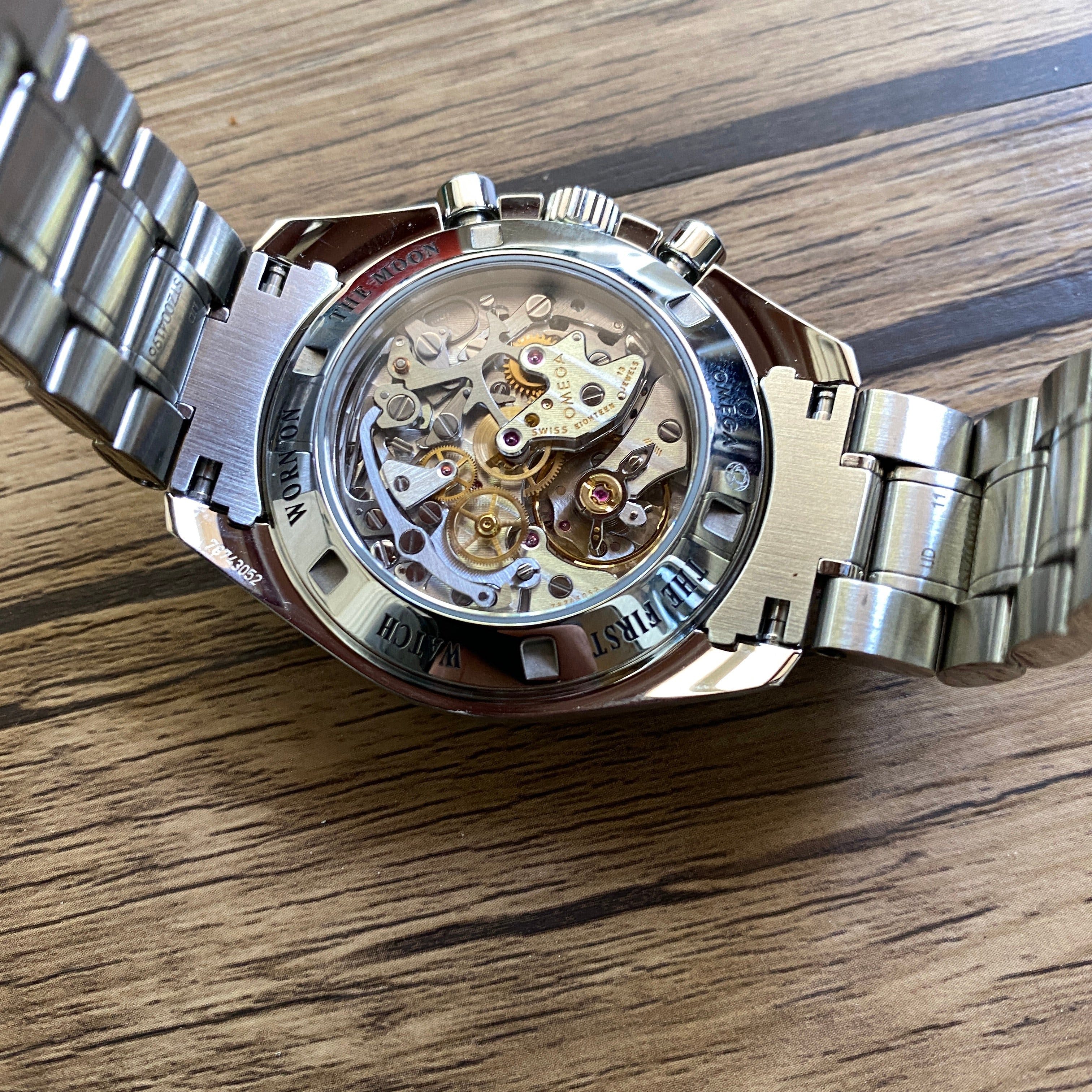 Number three on this list is – once again – an Omega Speedmaster. This time, it’s the Speedmaster Professional “Moonwatch” with sapphire crystal and a sapphire case back. You might be wondering why Omega produced two nearly identical watches, except for the sapphire crystal, of course.

The main problem with Hesalite – Omega’s name for acrylic crystal – is that it scratches relatively easy. Thus, many people prefer the harder, more scratch-resistant sapphire crystal, which has a crisper look.

The first standard Speedmaster Professional to feature sapphire crystal on the front and back was introduced in 2003. This watch is perfect for those who would like to wear their Moonwatch every day without fear of scratching it. This is one of the main reasons why it has become a very popular version of the Speedmaster over the last 15 years. 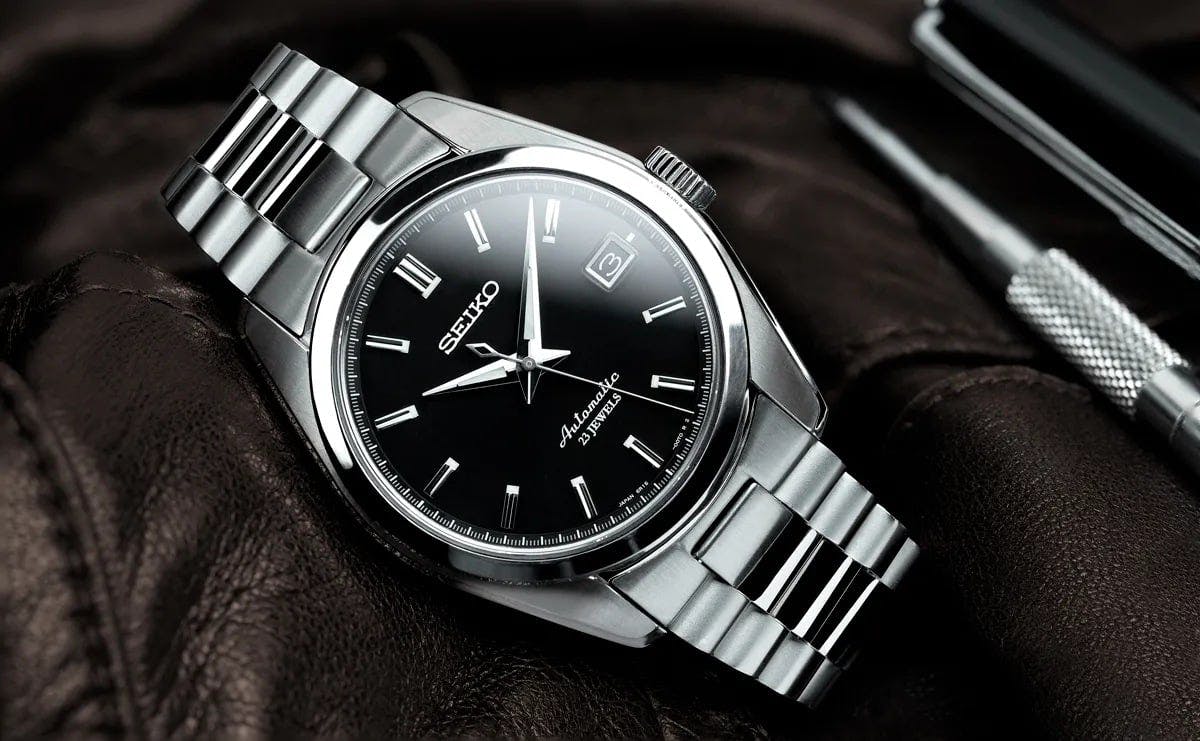 Number four on our list is by far the most affordable watch, but that doesn’t mean it’s any less desirable. Seiko has made a name for itself by creating watches that offer incredible value for money, and the SARB033 is no exception.

There are a number of reasons behind the SARB033’s popularity. To start, 38 mm is an ideal size for many wrists. Second, the level of finishing on this watch is incredible considering it typically sells for 600-950 USD on Chrono24. Third, it is the perfect watch for both casual and formal occasions.

Moreover, the Seiko Caliber 6R15 that powers this watch is often used in much more expensive Seiko watches. The watch was also originally part of the Seiko JDM collection (Japan Domestic Models), meaning it is quite rare nowadays. Finally, the SARB033 was discontinued in 2018, so many Seiko enthusiasts are now keen to get their hands on one. Add in its affordable pre-owned prices and it becomes instantly clear why this watch is our number four. 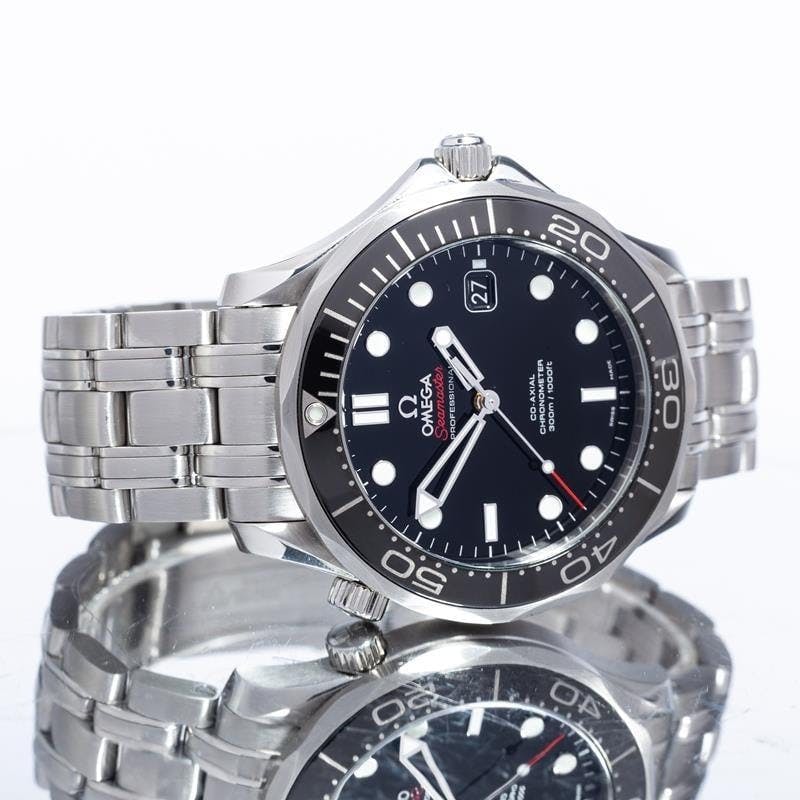 Over the course of 25 years, the Seamaster 300M has become Omega’s second most popular model next to the Speedmaster. The Seamaster Diver was first released in 1993. Its popularity has remained steady ever since James Bond had one on his wrist in the film “GoldenEye.” As mentioned, James Bond originally wore a blue Seamaster 300M, so I am surprised that the black version is the more sought-after model on Chrono24.

Then again, Daniel Craig has been playing 007 for quite some time, so perhaps fans have moved on from the traditional blue version and now consider the black version to be more authentic.

That concludes our top 5 non-Rolex watches. To be honest, it’s not surprising that four out of the five are from Omega, and three are Speedmasters. Omega and Rolex have been the two dominant forces in the world of luxury watches for some time now. Although Omega trails in terms of name and prestige, when it comes to technical innovation, it has become the superior brand.

I was pleased to see Seiko on the list with a very affordable watch. That said, I was surprised that the SARB033 was the top pick. On the one hand, it makes total sense. But Seiko has so many popular affordable watches that could have made an appearance. Now that I’ve done some reading about the SARB033, however, I’m starting to think I might need one as well!

Overall, it’s great to see a more diverse list in terms of prices. This proves that owning a mechanical timepiece is not just for the lucky few, but that really anyone can enjoy a fine timepiece no matter what their budget is – and that’s exactly how it should be.

The Most Underrated Watches From Big Brands

Three Watches Under $6,000 With Good Value Retention (That Aren’t Rolexes)

Watches in This Article